Pope Says Poverty Can be Beaten if Rich Play Their Part 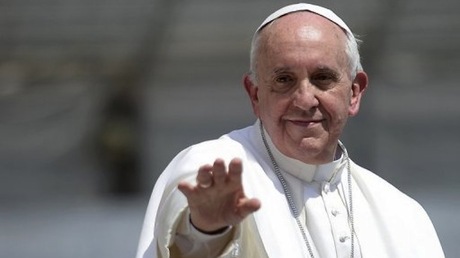 Pope Francis insisted Wednesday poverty could be beaten if the world's rich play a full part in ending inequality as he attended a conference on financial inclusion.

"We are neither condemned to inequality nor to paralysis in the face of injustice. The rich world and a prosperous economy can and must end poverty," the Argentinian pontiff told participants as he made an unscheduled appearance.

"We must be conscious of all being responsible. If extreme poverty exists amid riches which are also extreme it is because we have allowed a gap to grow to become the largest in history," said Francis, who has made inequality a central theme of his papacy.

"People who are poor in indebted countries suffer from strong fiscal pressure and the cutting of social services," Francis added.

Calling for the "globalization of hope," Georgieva responded that "the first task is to put the economy at the service of the people," highlighting the need to address the issue of "inequality of opportunity."

The International Monetary Fund head also urged investment in people and education. But she also stressed the need to prioritize the environment as "none of the economic challenges we face today will be important in 20 years if we do not today confront the challenge of climate change."