Diab Vows to Get Lebanon Out of Crisis 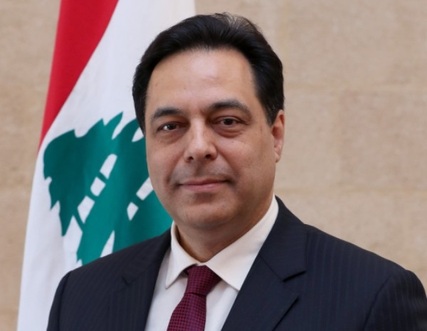 Prime Minister Hassan Diab on Tuesday vowed during a Cabinet confidence vote session to get Lebanon out of its economic and financial crisis, the worst since the end of the 1975-90 civil war, as protesters clashed with security forces outside the Parliament.

In the Policy State read by Diab, the prime minister said “painful” measures are needed now and that it would be difficult to extricate Lebanon from the crisis once “we reach total collapse.” No plan would succeed unless interest rates are reduced in order to revive the economy and reduce the debt," he said.

He read the 16-page government statement as protesters rallied outside the Parliament and clashed with security forces.

According to a copy, the government's "emergency rescue plan" includes reforms in the judicial, financial and administrative fields, as well as fighting corruption and fixing the country's finances.

“Mistaken are those who believe they can evade an economic collapse and people's anger. We must admit that restoring confidence can only be achieved through deeds and tangible achievements,” Diab said.

“The Policy Statement focuses on an emergency work plan, and we are committed to expedite its implementation. The government will serve Lebanon and will be independent, honest and transparent with direct communication with the people mainly the Movement,” he added.

He assured depositors that “the government will put in place a mechanism to protect depositors.”

what a mega waffler, he's been there for several weeks now and hasn't don,e anything!

He was designated by Ebola. He is not fit.

Dream on. No political party will allow you to succeed.