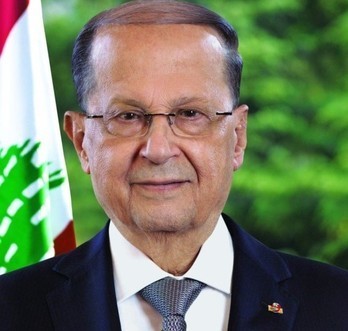 Al-Mustaqbal Movement of will not invite President Michel Aoun or any figures of the Free Patriotic Movement to the commemoration ceremony of late PM Rafik Hariri, the Saudi Asharq al-Awsat reported on Thursday.

Al-Mustaqbal sources told the daily that the Movement decided not to invite President Michel Aoun and to exclude the Free Patriotic Movement’s leader (MP Jebran Bassil) and its entire officials to the 15th commemoration of ex-PM Rafik Hariri at the center house.

They said the FPM was added to the list of parties “not welcome on this occasion, similar to (Hizbullah) party, after the (presidential) term turned against the political settlement," between al-Mustaqbal chief ex-PM Saad Hariri and Aoun that led to Aoun's election.

Hariri was assassinated in a massive car explosion in Beirut in 2005.

funny how they pretend to be against one another while behind the curtains they all share the same cake....

Screw you all, FPM, Future, PSP, Amal and especially Hezbullah for selling this country and filling your filthy pockets.

as if Aoun or his sectarian FPM even care...

Ya they really couldn’t care less, poor Saad doesn’t understand does he.

Ya they really couldn’t care less, poor Saad doesn’t understand does he.

why stop with the FPM, courage should include Berri, HA's biggest allies..

I've lost all respect for Hariri.. truth is he's just a different sickened version of Basil

Don’t forget to include Geagea, Gemayel, they’re all dirty.... and guilty of robbing the country.