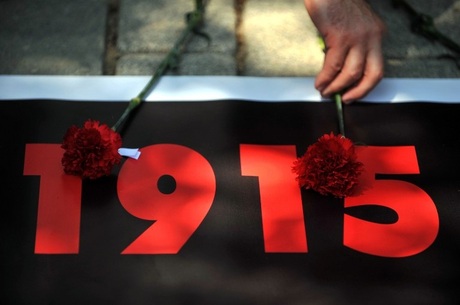 Turkey on Thursday slammed the Syrian parliament's recognition of World War I killings of Armenians as genocide as a "hypocrisy", as tensions run high amid deadly clashes in northwest Syria.

"This is a picture of hypocrisy on the part of a regime which has for years committed any kind of massacre on its own people... which has displaced millions and which is well known for its use of chemical weapons," the Turkish foreign ministry said in a statement.

Armenia claims 1.5 million died in the killings -- for which the Ottoman Empire -- the forerunner of modern-day Turkey -- bore responsibility.

Turkey denies to term it as genocide and says the number of deaths was far lower and that Turks also died, blaming the killings on the First World War.

The controversial move by Damascus, however, comes after escalating tensions with its fierce opponent over the deadly clashes in the northwestern province of Idlib this month.

President Recep Tayyip Erdogan threatened to strike the regime "everywhere" in Syria if any harm is done to its troops in Idlib.

Ankara blasted the genocide claims and blamed Damascus for the "humanitarian tragedy, one of the most grave catastrophes in history, at our border."

"The groundless allegations leveled by a tyrant regime which has lost its legitimacy is a clear indicator of a distorted mindset," the foreign ministry said.