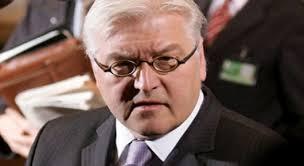 "We are witnessing today an increasingly destructive momentum in global politics," Steinmeier said in a speech to kick off the Munich Security Conference, an annual gathering on global security challenges.

"Every year we are getting further and further away from our goal of creating a more peaceful world through international cooperation."

He singled out the United States, Europe's "closest partner", for retreating from the multilateral stage just as tensions are rising between major military powers.

In a nod to Trump's "Make America Great Again" and "America First" mantras, Steinmeier said the current US administration was signalling that every country should act solely in its own best interests -- a set-up that tends to benefit only the mighty.

"As if everyone is taken care of if everyone only thinks of themselves. 'Great again', even when necessary at the expense of neighbors and partners."

Like other European countries, Germany has watched with growing alarm as the decades-long reliance on America's protection and its commitment to the NATO military alliance is called into doubt.

Trump has been particularly critical of NATO ally Germany, accusing Europe's top economy of not spending enough of defense and freeloading on the U.S.

Steinmeier, whose role is largely ceremonial but serves as a moral compass for Germany, said Europe needed to take more control of its own security, including through higher military spending.

"Only a Europe that is able and willing to credibly protect itself, will keep the U.S. in NATO," he said.

Steinmeier also said Russia's 2014 annexation of Crimea from Ukraine had brought the use of military violence for political gain back to the European continent, leading to geopolitical "insecurity" and a "loss of trust."

Turning to an increasingly assertive China, Steinmeier criticized Beijing's stance in the South China Sea, where it is accused of bullying rival claimants and building up military installations, and condemned its crackdown on Uighur Muslims.