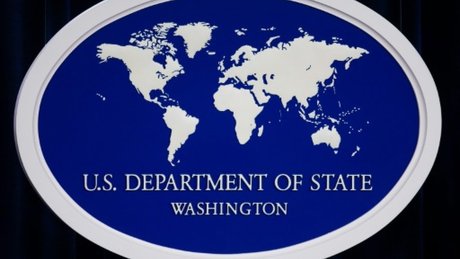 A senior U.S. State Department official confirmed in an interview with al-Arabiya net on Saturday that relations between the United States and the government of Prime Minister Hassan Diab “depend on his commitment to implement reforms and to fighting endemic corruption.”

The US official spoke on condition of anonymity about U.S. assistance for the Lebanese army and America’s willingness to interfere “financially” to prevent Lebanon from total collapse.

He said: “They (Lebanese officials) know how to introduce genuine reforms which, if implemented, will open the doors wide for international, US and EU investors in Lebanon.”

The U.S. is providing “assistance” for Lebanon but the Lebanese government has to make some “difficult decisions,” he added.

On reports that the US does not intend to interfere in Lebanon, and therefore does not support the protesters, the official said: “We have not abandoned the protesters and protected them from violence. We are in constant contact with the Lebanese army and highly praise the role of security forces in protecting demonstrators.

“The protesters must keep pressuring the government peacefully until it meets their demands. Reforms are necessary and everyone in Lebanon must seek to achieve them,” he added.

On the issue of amounts of money smuggled from Lebanon to Switzerland after the October 17 uprising, he explained that the economic crisis came as a result of policies pursued since the civil war in Lebanon and as a result of high-level thefts.

“Most of these stolen public funds are now abroad, some have suggested that the US administration contributes to returning them. We are cooperating with some international bodies to discuss the issue,” he emphasized.

On the US sanctions he said a long-list of new sanctions is being prepared.

According to beaten up journalist Mohammad Zbib, the bank “owners” exfiltrated 26.8 billion dollars in the spring/summer of 2019.... this is basically our money, our savings. This is in addition to the 2 billions the poorer and less influential thieves got our in the past3 months.

wow--deranged comment and no mention of the billions the iranian allies have taken by not paying taxes, taking public land or just fraud and corruption. FPM has spent billions on electricity, but there is no electricity, and Amal has been in charge of the treasury, but not there is no money.

Maybe you should look elsewhere.

I now have the ultimate proof you are a moron, but it's ok Christ taught us to love everybody alike, so moron that you are I still love you, brother!

His family should be arrested. That’s what they do in France when jihadist terrorists go to Syria.