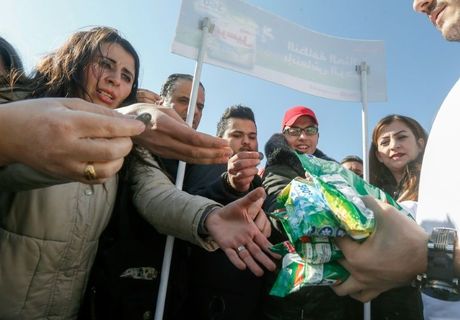 The government in war-devastated Syria decided Sunday that all property and car sales must be conducted through banks, in an apparent bid to revive the banking sector and fight tax evasion.

Under the directive, which came into immediate effect, buyers and sellers must use bank accounts for vehicle and property purchases, in a country largely used to transactions in cash.

Notaries and public services can no longer register property and vehicle sale contracts unless documents show "that the sum or a part of the sum has been settled" through banks, under the regulation.

The move aims to encourage electronic transactions and limit the use of banknotes, Agha said, adding it was also a way to curb tax evasion.

Syria's almost nine-year-old war has killed more than 380,000 people and ravaged its cities and infrastructure.

The United Nations estimated in 2018 that the conflict had caused nearly $400 billion in war-related destruction.

In other moves, the central bank last week tripled the upper limit on mortgages to 15 million Syrian pounds ($12,500 at the black market rate) as well as the ceiling for renovation loans.

The executive director of the Syrian mortgage credit institution, Madine Ali, said the move would "allow a large portion" of the population to buy or renovate property.

The credit ceiling could be further revised upwards, according to marked demand, Ali said, quoted in the local media.

The Syrian pound has plunged to a historic low of more than 1,200 against the greenback on the black market, while the official rate is 434 to the dollar, down from 48 at the March 2011 start of the war.

The devaluation has driven up prices and worsened dire economic conditions that the government blames on tightening Western sanctions.