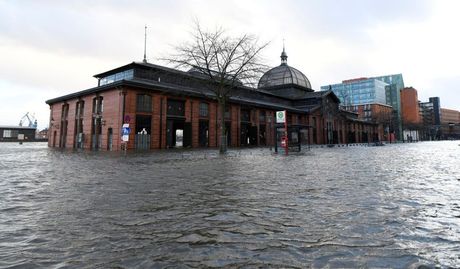 Of the total, "600 million euros will be paid out for damaged buildings, belongings, and commercial and industrial businesses" in around 500,000 cases, the GDV insurance federation said in a statement

With an additional 75 million euros of damage to 40,000 cars and other vehicles, Ciara -- known as "Sabine" in Germany -- was the sixth-worst winter storm for insurers since 2002.

Worst of all was hurricane Kyrill, which battered Germany in 2007 to the tune of three billion euros of insured damage.

On top of the financial fallout, this year's storm, which hit Germany hardest on February 10 and 11, left at least three people badly injured and forced rail operator Deutsche Bahn to shut down intercity trains.

Hundreds of flights were also cancelled at several of the country's largest airports.