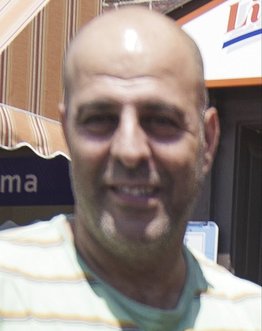 A Lebanese-American man in custody in Lebanon isn't guilty of charges brought against him by the Lebanese government, according to a U.S. lawmaker's top aide.

Naz Durakoglu, senior foreign policy adviser to Democratic New Hampshire Sen. Jeanne Shaheen, said in a conference call with media outlets that colleagues in different U.S. government offices have found no evidence that Amer Fakhoury is guilty of the murder, prison torture and other allegations levied by his native country.

Durakoglu said that in such cases there are often made-up allegations or charges, forcing defendants to try to refute lies. She said the U.S. government is instead focusing on the distinct lack of evidence.

"In this case we're confident that he is not who they say he is," Durakoglu said.

He is accused of working as a senior warden at Khiam Prison, which was run by an Israel-backed Lebanese militia during Israel's occupation of southern Lebanon two decades ago. The prison has been described by human rights groups as a center for torture. He was detained in September after he returned to his native Lebanon from the U.S., and Lebanon's intelligence services say he confessed during questioning to being a warden. A military investigative judge charged Fakhoury earlier this month. The accusations could carry a death sentence.

However, Fakhoury's lawyer and family in New Hampshire say that while he was indeed a member of the Israel-backed militia and worked at the prison, he had no direct contact with inmates and was never involved in the interrogation or torture of prisoners.

Durakoglu said she could only broadly speculate on the motives of the Lebanese government but said that U.S. government officials believe Hizbullah-linked officials may be using Fakhoury as a way to "distract" the Lebanese public from ongoing political unrest.

Fakhoury is in poor health because of injuries suffered and left untreated after being beaten by Lebanese security officials, Durakoglu said. He is also undergoing cancer treatment. His proceedings have been delayed as a result and it remains unclear if he'll be able to stand trial.

"We have a dying American citizen there," his lawyer, Celine Atallah, said previously. "By keeping him there, it's evident they're trying to kill him."

Shaheen said she is drafting sanctions legislation against Lebanese officials in order to push for Fakhoury's release. Details of the bill remain unclear.

Shaheen said she is drafting sanctions legislation against Lebanese officials in order to push for Fakhoury's release.

Please, speed them up.

How about you contact the governor of Michigan and arrest few Shia Shia Shia. Until his return then release them.

That should wake up some people.