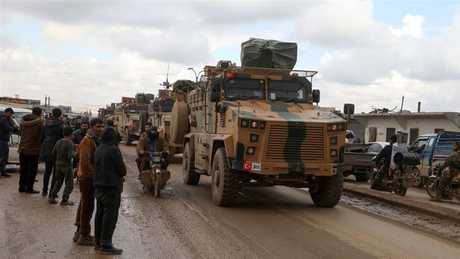 President Recep Tayyip Erdogan on Tuesday said two Turkish troops have been killed in Libya, a country wracked by conflict between its UN-recognised government and the forces of strongman Khalifa Haftar.

"We have two martyrs there in Libya," Erdogan told reporters before leaving for Azerbaijan on an official visit.

He did not say when the troops died.

Erdogan had come under fire from opponents at home after he said at the weekend "we have a couple of martyrs" in Libya, without providing a precise number.

Turkey supports the UN-recognised Government of National Accord (GNA), based in Tripoli, and sent dozens of military training personnel after the two countries signed deals last year.

The GNA has been under sustained attack for months from Haftar, a military commander with an eastern powerbase whose principal backers include Russia.