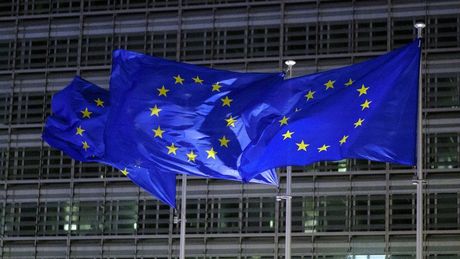 "It was a very smooth process to agree our approach, which will restore our economic and political independence," the spokesman told reporters.

The approach is based on existing free trade agreements between the EU and other countries, he said.

Johnson chaired the meeting of senior ministers on his Brexit committee.

"We look forward to engaging with the EU constructively following the publication of their mandate," Johnson's spokesman said.

"The UK's primary objective in the negotiations is to ensure we restore our economic and political independence on January 1, 2021.

"At the end of this year, we will be leaving the single market and customs union and taking back control of our own laws and our own trade."

Britain's mandate will be published on Thursday. Talks with the EU will begin in Brussels on Monday and a second phase will take place in London later in March.

The negotiations cover trade, security and defence. They are designed to define future EU-UK ties following Britain's departure from the bloc on January 31.

Johnson was expected to welcome Austrian Chancellor Sebastian Kurz to his Downing Street office on Tuesday as part of his diplomatic efforts with EU leaders before talks commence.