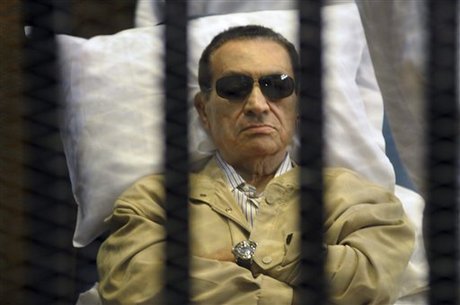 “With the death of president Hosni Mubarak, we turn the page on an epoch of the history of Egypt and the Arab nation, which was rife with both achievements and failures and carried landmarks in development and modernity in all fields,” Hariri tweeted.

“President Mubarak was a loyal friend of Lebanon and a bright icon for Arab solidarity. We remember his good deeds… and we offer the warmest condolences to the Egyptian leadership and the family of the great departed,” Hariri added.

Progressive Socialist Party leader ex-MP Walid Jumblat meanwhile said “historical honesty requires acknowledging that president Mubarak was a great friend of Lebanon who stood by us during the peak of the crisis after Rafik Hariri’s assassination in order to pull out the Syrian regime forces.”

“He also contributed to the establishment of the Special Tribunal for Lebanon,” Jumblat added in a tweet.

“Arab Egypt remains a supporter of Lebanon’s stability and independence and a key nation in the Arab Levant,” Jumblat went on to say.

Mubarak, who ruled for three decades before he was ousted amid the Arab Spring protests in 2011, died Tuesday at age 91.

The burly autocrat with the trademark sunglasses went on to spend years behind bars for his role in the deaths of protesters but was freed in 2017 after the convictions were overturned.

His death was confirmed by the presidency and on state TV, and his son Alaa Mubarak tweeted that "this morning my father, president Mubarak, passed away."