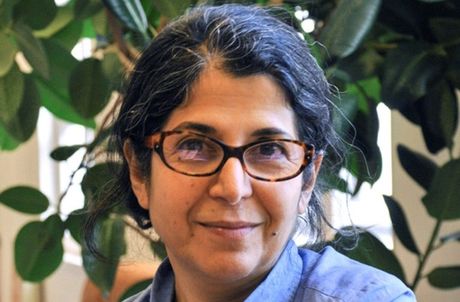 French-Iranian academic Fariba Adelkhah, jailed in Iran since last year, has been transferred to a prison hospital after her health deteriorated following a hunger strike, her lawyer said Tuesday.

"This is a consequence of the hunger strike she had. Unfortunately, her kidneys have been damaged," Saeed Dehqan told AFP, emphasizing that her situation was "concerning".

The academic ended a six-week hunger strike on February 12 as she awaits trial on charges including conspiring against national security.

Adelkhah, a specialist in Shiite Islam and a research director at Sciences Po University in Paris, was arrested in June 2019 and is being held in Evin prison in Tehran.

Dehqan said they were waiting on their request for her to be transferred to a hospital outside the prison.

Adelkhah's French colleague and long-time partner Roland Marchal, an expert on East Africa, was reportedly detained at the same time while visiting her and is currently being held in the same prison.

They both face trial on March 3.

Adelkhah faces charges of "propaganda against the system" and "colluding to commit acts against national security", according to Dehqan.

Marchal was accused of "colluding to commit acts against national security".

"Mr Marchal is fine but very angry, just like Ms Adelkhah, over the process of their illegal detainment," said the lawyer.

Dehqan also raised concerns about an outbreak of the new coronavirus in the Islamic republic, which has so far killed 15 people among around 100 cases of infection.

"We're concerned that hospitals outside would not be safe" and that at the same time, the visiting husbands of the detained women could infect the inmates, he said.

He called on authorities to cancel prison visits until further notice.

The two researchers are not the only foreign academics behind bars in Iran.

Australian Kylie Moore-Gilbert of the University of Melbourne is serving a 10-year sentence after being found guilty of espionage.