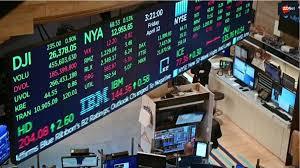 Britain's Financial Conduct Authority on Tuesday admitted to a data breach, in an embarrassing revelation for the regulator and its boss, who shortly takes over at the Bank of England.

The FCA said it had mistakenly published the details of around 1,600 consumers who had complained about the regulator, which is tasked with overseeing the conduct of Britain's key financial sector, including any data breaches by banks for example.

The revelation comes just a few weeks before FCA chief executive Andrew Bailey replaces Mark Carney as governor of the Bank of England.

On Tuesday, the FCA said its website had mistakenly allowed visitors to see the names, addresses and phone numbers of complainants, as well as details of the complaints they had made over a period of 18 months to mid-July 2019.

"In many instances, the extent of the accessible information was only the name of the person making the complaint, with no further confidential details or specific details of their complaint," the FCA said in a statement.

"However, there are instances where additional confidential information" was on view.

The data, which revealed no financial details of individuals, was available to the public between last November and this month, the FCA added.

"As soon as we became aware of this, we removed the relevant data from our website," the regulator said.

"Our primary concern is to ensure the protection and safeguarding of individuals who may be identifiable from the data."

Bailey is to take over at the BoE on March 16.