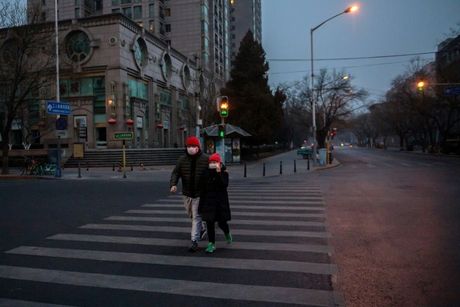 Greece on Wednesday reported its first coronavirus case, a woman who had recently travelled to northern Italy.

A health ministry spokesman said the 38-year-old woman was in a Thessaloniki hospital and in good condition.

The announcement comes as the COVID-19 virus continues to surge in Italy, making it the hardest-hit country in Europe.

The Greek government on Tuesday said a shutdown of some public areas and travel restrictions would be activated in case of a mass outbreak.

The measures, contained in a government decree, include temporary travel bans to and from countries with a large number of infections and enable beds to be requisitioned in hotels and private clinics.

"We are ready to do whatever is necessary to protect public health," government spokesman Stelios Petsas told reporters.

A health ministry spokesman earlier this week noted that owing to the virus' long gestation period, health checks at ports and airports had only minor chances of success.

On Monday, the Greek Olympic Committee said it had discussed alternative plans for the Olympic Flame lighting ceremony for the Tokyo 2020 Games in case of a virus outbreak.

The flame for the Tokyo 2020 Olympics is scheduled to be lit on March 12 at the site of ancient Olympia and, following a torch relay on Greek soil, will be handed to the Tokyo organisers at a ceremony on March 19 at the Panathenaic Stadium in Athens.