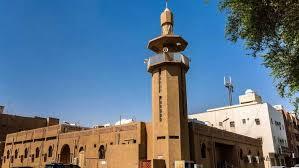 Saudi Arabia on Tuesday suspended prayers inside all its mosques except the holiest two sites in Islam as it steps up efforts to contain the new coronavirus, state media reported.

Mosques will be temporarily shut for the five daily Islamic prayers as well as the weekly Friday prayers, the official Saudi Press Agency said, citing the council of senior scholars -- the kingdom's highest religious body.

It said mosques would continue to issue the ritual call to prayer.

The decision seeks to direct worshipers to pray at home but does not affect prayers in Mecca's Grand Mosque and the Prophet's Mosque in Medina, it added.

Saudi Arabia has reported 171 coronavirus cases but no deaths so far.

The Arab world's biggest economy has shut down cinemas, malls and restaurants, halted flights and suspended the year-round umrah pilgrimage in a bid to contain the deadly virus.

More than 1,000 cases of the virus have been recorded so far across the six nations of the Gulf Cooperation Council (GCC).

Qatar, which has the GCC's highest toll of 442 cases but no deaths, on Tuesday ordered the indefinite closure of banks and all shops except pharmacies and food retailers.

It has already shuttered mosques, banned the entry of non-citizens and ordered the closure of bars, cinemas and schools while suspending football matches and other sporting events.

Authorities urged people not to leave home without urgent cause and to avoid all gatherings, but stopped short of the blanket lockdowns seen in Kuwait and Saudi.

On Monday, Bahrain's health ministry said a woman had died from the coronavirus, the GCC's first death from the COVID-19 illness.

The government there has said it will pay electricity bills on behalf of individuals and companies for three months starting April.

In Jordan, where 36 cases of coronavirus have been recorded, authorities have asked people "not to leave their homes except in cases of absolute necessity."

Only supermarkets, bakeries and pharmacies remain open, and the army has been deployed to help enforce the measures.