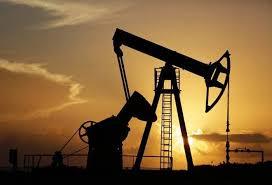 Oil prices slipped back in Asian trade on Thursday, as a Senate vote on a massive stimulus package to help the coronavirus-ravaged US economy was delayed.

US benchmark West Texas Intermediate was down 1.5 percent, changing hands for about $24 a barrel, while international benchmark Brent crude was down 0.4 percent at around $27 a barrel.

Prices had earlier rallied strongly after US Senate leaders agreed a $2 trillion package which would be the largest ever rescue in the US, dwarfing even the bailouts of 2008 during the global financial crisis.

But the Senate vote was delayed as key lawmakers in both the Democratic and Republican parties objected to various measures included in the bill.

Oil prices have plunged in recent weeks as economies grind to a halt due to the pandemic, but the decline has also been fuelled by a price war between Saudi Arabia and Russia.

The United States said Wednesday it has urged Saudi Arabia to "reassure" oil and financial markets as the world grapples with the outbreak.

Analysts warned that the world would run out of storage space for surplus oil if producers do not work together to limit output.

Oil stocks are expected to build to over a billion barrels in March and April, Roger Diwan, vice president of financial services at IHS Markit, said in a note.

"Such an unprecedented build would overwhelm available storage capacity globally by the middle of the second quarter," he said.