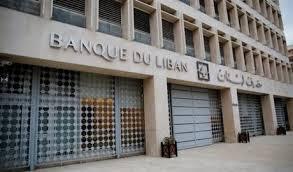 Despite the opposition it faces by various political parties, a group of bankers are reportedly trying to again push a capital control bill, that organizes the relation between banks and depositors, to the Cabinet table for approval amid a financial crisis and shortage in dollars, al-Joumhouria daily reported on Saturday.

The daily said it learned that banking authorities have “raised the issue with some of the ministers.”

In this context, Speaker Nabih Berri, a staunch adversary of said law was quoted as telling his visitors that he will never approve it.

“The capital control law does not exist anymore, securing a legislation during my days to touch the funds of depositors is out of the question, nor would I allow anyone to underrate the Constitution,” stressed Berri.

The Speaker said that banks should better turn to Article 174 of the Cash and Credit Law, to organize relations with their customers.

The average citizen is trapped between a rock and and hard place. On one side the banks want to rip off every person with an account and no wasta and on the other hand Berri rips the citizen with his wasta.

When will the Lebanese wake up?

If Berri is against it, then it must be good. It is still better than each bank arbitrarily putting limits that keep changing at their whims. Either legalize the procedure or ban it---it is not good the way it is right now.