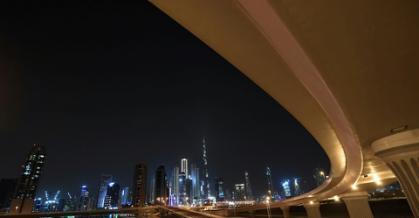 Stakeholders in Expo 2020, a multi-billion-dollar global trade fair set to launch in Dubai in October, are to hold talks Monday on a possible postponement over the coronavirus pandemic.

Dubai, the glitzy city-state which is part of the United Arab Emirates, had hoped to attract some 25 million visitors to the six-month event and many of its economic forecasts are pinned to the mammoth gathering.

Dubai has little of the oil riches of neighbouring emirates like Abu Dhabi, and its vital property, tourism and trade sectors had already been badly weakened in recent years.

Expectations that the Expo will deliver a much-needed economic shot in the arm could be dashed by a postponement.

"We are regularly reviewing plans and preparations in line with guidance from UAE and international stakeholders," an Expo 2020 Dubai spokesman told AFP, adding that the event's Steering Committee would meet Monday.

The committee is made up of Expo organisers together with participating countries and the governing body -- the Paris-based Bureau International des Expositions (BIE) which awards the event.

"Any decision on the World Expo needs to be a collaborative one that is made with the participants and the BIE, as well as other stakeholders," the spokesman said.

"We remain committed to hosting a World Expo that we all envisioned, to showcase the best examples of collaboration, innovation and cooperation from around the world. "

Organisers are considering an opening delay of up to a year, Bloomberg News has cited unnamed sources as saying. Tokyo 2020 Olympics organisers have already said they will delay the summer Games until next year.

A source familiar with the Expo discussions said Monday's meeting would canvas a "range of options" with the objective of making a recommendation to the BIE, which will then take a vote among its general assembly.

Dubai, known for hosting hundreds of conferences annually, has scrapped a string of cultural and entertainment events in recent weeks over the spread of the deadly disease.

The United Arab Emirates has announced 570 cases of coronavirus, and three deaths. It has enforced extensive lockdown measures to cur the spread of the disease including an ongoing nighttime curfew.