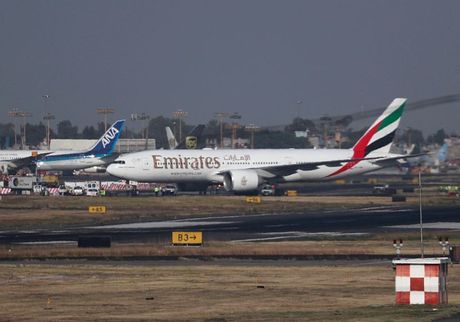 Dubai said Tuesday it will support Emirates Airline with a capital injection to help the carrier through the coronavirus crisis which has forced it to halt passenger flights.

Emirates Airline, with its vast fleet of 271 wide-body aircraft, is the largest carrier in the Middle East and has huge strategic importance for Dubai and the United Arab Emirates.

"The Government of Dubai is committed to fully supporting @emirates at this critical time & will inject equity into the company," the emirate's Crown Prince Sheikh Hamdan bin Mohammed bin Rashid Al-Maktoum said on Twitter.

"@emirates, our national carrier, positioned Dubai as an global travel hub and has great strategic value as one of the main pillars of Dubai's economy, as well as the wider economy of the UAE."

The statement did not give details about the size of the intervention but said more details will be announced later.

Emirates, which owns the world's largest fleet of Airbus A-380 superjumbos with 113 in its ranks, grounded its passenger flights last week as the United Arab Emirates moved to contain the spread of the coronavirus.

The carrier has cut costs by slashing between 25 percent and 50 percent from the basic salary of most of its 100,000-strong staff, saying the strategy was designed to avert layoffs.

Emirates transported around 90 million passengers last year and is among the few Arab carriers that have posted profits in recent years.

The Arab Air Carriers' Association has urged regional governments to urgently provide financial assistance to national carriers, in addition to tax relief and exemption from fees.

The International Air Transport Association estimated last week that the 2020 revenues of Middle East airlines will drop by $19 billion, a 39-percent decline over last year.

The UAE, which takes in seven emirates including Dubai, has reported 611 coronavirus cases along with five deaths.

It has imposed a sweeping crackdown, closing its borders and halting passenger flight among others measures to contain the virus.