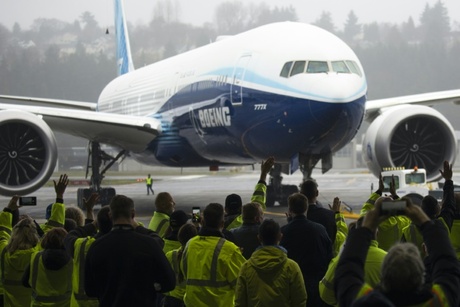 Boeing has said it will indefinitely extend a shutdown at its factories in Washington state because of the coronavirus pandemic.

The aerospace giant had already halted production at its Puget Sound facility near Seattle, where the company builds the long-range 777 jet and other models, after announcing a two-week stoppage last month.

It had also shut its other major state factory at Moses Lake because of the 737 MAX grounding.

Boeing announced Sunday that the shutdown would continue indefinitely in an effort to protect staff from COVID-19, which has already claimed the life of one employee at the company's Everett facility.

"The health and safety of our employees, their families and our communities is our shared priority," Boeing's commercial airplanes division president Stan Deal said in a statement.

Boeing was already facing significant headwinds prior to the coronavirus pandemic because of the crisis surrounding the 737 MAX, which has been grounded for more than a year following two fatal crashes.

But the pandemic has further hit the company's outlook with most commercial airline travel suspended and major carriers thrust into a life-or-death fight.

The company is seeking more than $60 billion in federal support for the US aerospace industry in the wake of the two crises.

It announced a voluntary worker layoff plan on Thursday and said it expected "several thousand employees" to take a severance package or retire.