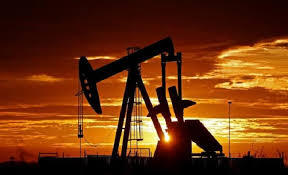 The world's top oil-producing countries will meet via videoconference at 1600 GMT Sunday, a source close to OPEC said, as they try to address plummeting oil prices due to the coronavirus crisis.

The source spoke on the condition of anonymity, but the meeting was confirmed by Azerbaijan.

"The meeting will take place in the framework of consultations resulting from the meeting on April 9 of ministers from OPEC and non-OPEC countries," Azerbaijan's energy ministry said in a statement.

After long virtual negotiations which started on Thursday and continued well past midnight, the Saudi-led OPEC group and other top exporters agreed -- except for lone holdout Mexico -- to a record deal that would cut output by 10 million barrels per day between May and June.

Mexico's reticence led to a standoff that cast doubt on efforts to bolster oil prices, pushed to near two-decade lows by the demand-sapping pandemic and a Saudi-Russia price war that rattled global markets.

Under the OPEC-led deal, which needs Mexico's consent, the country was expected to cut production by 400,000 bpd.

But Mexico insisted on only cutting production by 100,000 bpd, and later Friday reached a deal with Washington under which the United States would slash output by 250,000 bpd "as compensation" for its southern neighbor.

But the energy ministers of the G20 countries failed to agree on an output cut on Saturday.

Oil prices have slumped since the beginning of the year due to the COVID-19 pandemic.

Compounding the problem, Russia and Saudi Arabia had both ramped up output in a bid to hold on to market share and undercut US shale producers.

The tentative production cut deal marked a possible end of the price war between Riyadh and Moscow.

Not so good for the terror empire right now...