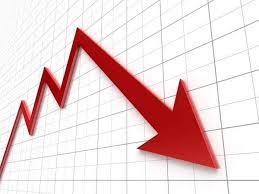 Global stocks sank Wednesday as the coronavirus infects the global economic outlook, while oil prices slumped as OPEC-led output cuts were deemed insufficient to soak up a vast supply glut.

Sentiment turned sour Wednesday on grim warnings over the economic impact of the coronavirus, which was first reported in China and has so far killed more than 125,000 people and infected almost two million globally.

Investors also fretted over news that U.S. President Donald Trump had frozen US funding for the World Health Organization over its handling of the crisis, particularly with regard to China.

Wall Street opened lower, with the Dow dropping 2.2 percent in the first few minutes of trading, as more banks reported setting aside billions of dollars to cover a wave of expected sour loans.

The dollar meanwhile clawed back some ground versus rival currencies, having been slammed so far this week by recent U.S. Federal Reserve virus stimulus cash.

Asian equities sank as investors fretted over the current uncertain climate, while energy companies there also took a hammering.

"The mood has darkened since the IMF's doom-laden global recession prediction and Donald Trump's decision to cut WHO funding."

Wall Street stocks had jumped Tuesday on signs that new COVID-19 cases had fallen in some of the country's biggest hotspots including New York.

However, the Washington-based International Monetary Fund forecast the global economy would shrink three percent this year and the US economy, the world's biggest, is set to contract by 5.9 percent.

The IMF said it would be the worst global downturn since the Great Depression of the 1930s.

"This week we got some dire predictions of the damage the current global pandemic is likely to do to the global economy," said CMC Markets analyst Michael Hewson.

"Yesterday's assessment by the IMF of the pandemic impact was an eye-watering assessment of the effect recent lockdowns are likely to have on global economic activity."

Oil extended Tuesday's 10-percent slump, despite the weekend deal by producer nations to cut output by nearly 10 million barrels per day from May.

Investors fear the agreement does not go far enough to offset the global lockdown's hit to the transport sector while rapidly shrinking storage capacity around the world caused by the glut looms ever larger.

The International Energy Agency said Wednesday that 2020 was likely to be "the worst year in the history" of the sector.

The IEA put the drop in demand at 29 million barrels per day, but said demand could rebound and exceed supply in the second half of the year.