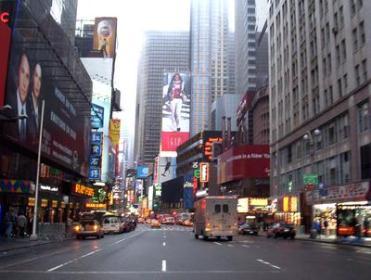 The devastation caused to the US economy by the coronavirus pandemic was thrown into even sharper relief Wednesday with the release of data showing deep damage to retail sales and manufacturing.

The data from the Commerce Department and Federal Reserve represented readings not seen in decades -- or ever -- for the monthly surveys that gauge the performance of the sectors, both crucial for the world's largest economy.

March industrial production data released by the Federal Reserve makes clear the damage to factories. The index declined by 5.4 percent, its largest drop since 1946, while output dropped 6.3 percent, also its biggest fall in seven decades, with the pain felt across most industries.

While acknowledging the data were "very bad," Ian Shepherdson of Pantheon Macroeconomics warned the worst was yet to come.

"Further big drops are likely in April, because lockdowns began to bite hard only in mid-March, so roughly half the month was largely unaffected by the virus crisis," he said in a note.

Wall Street opened lower after the surveys' release, with the Dow down about 2.8 percent about 90 minutes into trading and the Nasdaq and S&P 500 also slumping.

Prior to the virus's arrival, the U.S. was enjoying low levels of unemployment and soaring performances by Wall Street stock indices even as manufacturing struggled with a recession caused by President Donald Trump's multi-front trade wars.

The pandemic's intensification in March changed all that, leading employers to shed 17 million jobs since the middle of the month as shops and restaurants closed their doors to keep the virus from spreading.

Data on statewide manufacturing from the Federal Reserve Bank of New York, home to the worst coronavirus outbreak in the country, showed business activity plummeting by more than ever.

The Empire State Manufacturing Survey fell by 57 points to -78.2, its lowest level ever recorded. The index hit -34.3 during the global financial crisis.

"Severely depressed demand, supply disruptions and extremely high uncertainty will keep manufacturing on an extremely weak trajectory in the near term," Oxford Economics wrote in a note.

While predicting a recovery in New York manufacturing in the third quarter, they warned "the risk of an extended lockdown could make for a very slow and uneven recovery."

States across the U.S. have experienced runs on grocery stores as people stocked up in the face of the pandemic, but that wasn't enough to stop retail sales from diving in Commerce Department data that showed an 8.7 percent drop from February.

A similar trend was observed in the Fed's industrial output survey. Non-durable goods posted a decline like the rest of the index, but theirs was smaller at 3.2 percent.