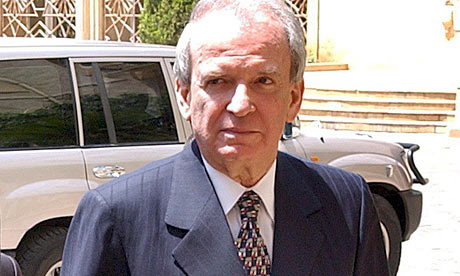 MP Marwan Hamadeh of the Democratic Gathering on Wednesday warned that “Rustom Ghazaleh's clique” is seeking to “destroy Lebanon's economic system,” in reference to some members and backers of Hassan Diab's government.

“Lebanon's entity is in danger and Rustom Ghazaleh's clique is seeking to destroy the economic system. This is the clique that (Progressive Socialist Party leader) Walid Jumblat has referred to,” Hamadeh said in remarks to MTV.

Ghazaleh, who died in 2015, was appointed by Syrian President Bashar al-Assad in December 2002 to succeed the late Ghazi Kanaan as head of Syrian military intelligence in Lebanon, where he was accused of intervening extensively in the country's political affairs.

Noting that Free Patriotic Movement chief Jebran Bassil has not changed his policies, Hamadeh lashed out at the government.

“This is not a government; it is barely a municipal council or a security detachment,” the lawmaker said.

“A coup mentality is prevailing and putting national accord in jeopardy,” he warned.

“Where are the reforms in electricity, telecommunications, oil and the appointments that have been drafted by the judicial council before being shelved?” Hamadeh went on to say.

He also pledged that his bloc will no longer “give the government a chance,” vowing that it would “act politically in parliament.”