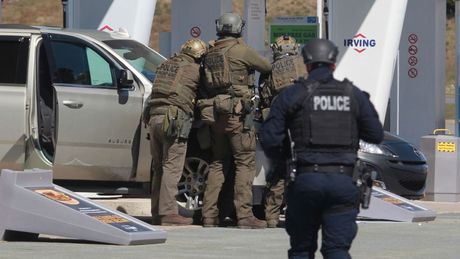 The killing which left at least 16 dead in Canada at the weekend is the worst of its kind in the history of the country, which is largely free of major violence.

Some rare precedents in recent years:

Before this weekend's attack, the worst ever dates back to December 6, 1989, when a gunman murdered 14 female students at Montreal's Ecole Polytechnique before killing himself. It was at the time the worst mass killing and the first such targeting of women in the country's history.

On April 23, 2018, eight women and two men are killed in Toronto by a 25-year-old man with an apparent grudge against women who drives into them on a busy street.

On January 29, 2017, a 27-year-old student with nationalist sympathies carries out a shooting on a Quebec mosque after evening prayers that leaves six worshipers dead and five seriously wounded.

On August 10, 2018, two police officers are among four people killed in a shooting in the eastern Canadian city of Fredericton, New Brunswick.

The 48-year-old gunman fired a rifle from the third floor of a low-rise apartment building, killing two, before turning his gun on police officers alerted to the scene by neighbors.

On January 22, 2016 a 17-year-old high school student opens fire in a school in a small aboriginal community in Saskatchewan western Canada, shooting dead two brothers and two trainee teachers and wounding seven others. It is Canada's worst school shooting in a quarter of a century.

On June 4, 2014 three officers from the Royal Canadian Mounted Police are killed in an attack in the street of Moncton, the main city in New Brunswick.

The 24-year-old killer, caught after a 30-hour manhunt, is sentenced to 75 years behind bars, the longest sentence imposed in recent Canadian history since the death penalty was abolished.