Swedish Town to Use 'Stinky' Fertilizer to Deter Spring Revelers 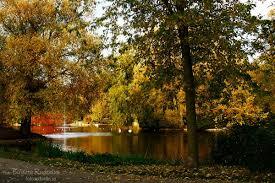 The Swedish university town of Lund will spread foul smelling chicken fertilizer in its main park this week to deter revelers holding spring celebrations as part of efforts to curb the coronavirus outbreak, officials said Wednesday.

City officials have asked residents to skip the traditional Walpurgis Eve celebrations on April 30, known in Sweden as Valborg, and plan to fence off the Lund city park.

But they told AFP they would also go a step further and take the opportunity to spread one ton of chicken droppings in the park.

While giving the lawns a welcome dose of nutrition, they also hope it will keep at bay those who would otherwise be tempted to defy the coronavirus restrictions.

"It's not very pleasant to sit around drinking beer in that smell," Lundblad added.

The park is a popular gathering spot for afternoon and early evening picnics on April 30, before the traditional bonfires later in the evening.

Since the festivities -- which can attract up to 30,000 visitors -- are "spontaneous", the city cannot outright ban them but given the coronavirus outbreak, Lundblad said the city strongly wanted to avoid them.

Lund is home to one of Sweden's largest universities and many of the municipality's some 125,000 inhabitants are students.