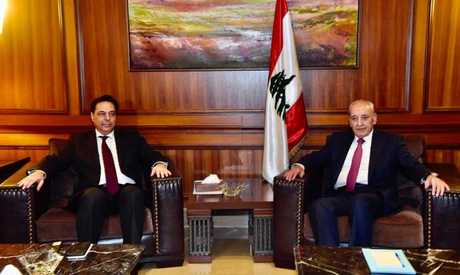 The meeting comes following tensions between the two men that first erupted during the latest legislative session.

It also comes two days ahead of Wednesday's meeting in Baabda between President Michel Aoun and the heads of parliamentary blocs, which will also be attended by Berri and Diab.

Tensions had erupted on April 22 between Berri, Diab and several ministers after quorum was lost during parliament's debate of a draft law that would have granted the government LBP 1,200 billion for its coronavirus economic aid plan.

Berri harshly dismissed a request by Diab to hold an evening session to pass the draft law, telling him: "Neither you nor anyone else can set the session's time or impose on parliament what it can or should do."

Its a reminder to Diab who the boss is....going to aien el tini instead of the grand serial.

The Godfather needs to go! Enough is enough! Set the country free from Hizb and Amal hegemony!

The civil war ended 30 years ago. Has this country return to be Paris of the Middle East? The simple answer is No,mint has gotten worse than the civil war itself. Therefore new parliament will need to be elected then new president then new gov with new faces.