New Task for Spy Agencies: Stay ahead of Epidemic Threats 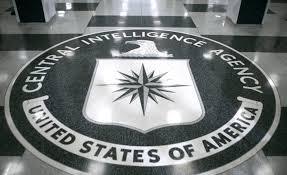 A host of state intelligence services warned early of a new coronavirus with the potential to wreak havoc worldwide, yet many governments failed to heed the warnings -- a mistake that experts say they are unlikely to make again.

The scramble to contain the outbreak has underscored for many officials the need to adapt spycraft to the 21st-century threat of deadly germs that can spread like wildfire.

"This was a failure of interpretation and foresight, not of spy agencies," said Alain Chouet, a former top official at France's DGSE foreign intelligence service.

"We see epidemics every five years on average, and this should have been a worry for French political authorities," he said.

That analysis was shared by Robert Blendon, a health policy professor at Harvard, who said American agencies "warned President Trump early on that they had evidence of a potential pandemic brewing."

Intelligence agencies have kept tabs on disease threats for decades, with the CIA closely tracking the AIDS epidemic starting in the 1980s.

"At the end of the 1990s, reports began linking health security to threats including famine, drought or even war," said Damien Van Puyvelde, lecturer in intelligence and international security at the University of Glasgow.

In January 2000, a CIA report laid out the potential impacts from infectious diseases, he said, an analysis "that probably deserved to be taken more seriously" by officials worldwide, Van Puyvelde said.

But few governments have mobilised the budget resources for surveillance of such an elusive potential threat.

"The real issue is, will we learn to have investments so that five or 10 years on, when something like this happens again, the countries can move very quickly for both the vaccine and the treatment and protective equipment for health workers," Blendon said.

With access to secret satellite images, communications espionage and other data, along with agents and their sources spread far and wide, spy agencies are already well equipped to find early signals of disease outbreaks, experts say.

"These resources could be especially useful when a country is trying to hide the extent of an epidemic," Van Puyvelde said.

Already the COVID-19 crisis has exposed the World Health Organization to criticism that it played down the extent of the outbreak, depriving governments of precious time for mitigating the social and economic disaster.

The fallout could even prompt a paradigm shift for intelligence services, much like the attacks of September 11, 2001 forced a wholesale rethink of counter-terrorism strategies.

In Russia, "a new security priority will emerge", said Vadim Kozyulin, an independent security expert at the PIR think-tank in Moscow.

He predicted the creation of "new departments focused on epidemiological security" in intelligence services already focused on nuclear and biological risks.

France's IRSEM military strategy institute also expects "the shock from the pandemic will require a new engagement on these questions by defense and security agencies, including by intelligence services".

The outbreak "could prompt new attempts to procure biological weapons by non-state actors. It's a direct challenge for counter-proliferation", it warned in a paper published Thursday on its website.

But will the increased vigilance bring more doctors directly into spy services, or on the contrary require agents to bulk up on medical studies?

"There is this incredibly uncomfortable barrier in the United States between university researchers working with security agencies," Blendon told AFP.

"There is a suspicion that security agencies use information for other purposes beyond protecting public health."

Benjamin Queyriaux, an epidemiologist and former medical advisor to NATO in Brussels, agreed.

"Doctors like to share what they know, or even publish it, something that makes intelligence officers break out in hives," he said.

Yet the two sides are going to have to learn to work together, he added.

"If we're going to make progress, we have no choice but to collaborate and trust each other."

AFP has a new task for intelligence agencies: conceal the fact that one third of its budget is paid by the French government. But that might be the third that keeps it from lying all the time. "Freedom of the press is for those who own the press."