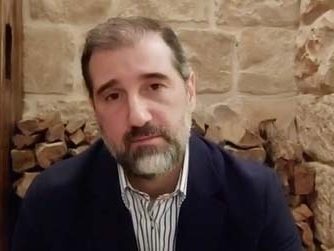 Syria's top tycoon publicly airing his grievances has revealed a power struggle within the ruling family as it tries to cement its power after nine years of war, analysts say.

After years of staying out of the limelight, business magnate Rami Makhlouf this month in two videos on Facebook laid bare his struggles with the regime headed by his first cousin President Bashar al-Assad, in what analysts say is a desperate last stand.

"He can feel the pressure accumulating to marginalize him," said Jihad Yazigi, editor of the economic publication The Syria Report.

"He long tried to resist before throwing down his last card and exposing family dissensions," he said.

"But it will cost him dearly."

The 51-year-old Makhlouf, who is under both US and EU sanctions, has been considered to be a pillar of Assad's regime ever since the president took over from his father in 2000.

He presided over an empire of businesses including as head of Syria's largest mobile operator Syriatel.

But trouble has been brewing since last summer, when the authorities seized control of his charity, Al-Bustan, and dissolved militias affiliated to him.

When the finance ministry in December froze the assets of several businessmen over tax evasion and illicit enrichment, the Syrian press said Makhlouf, his wife and companies were included.

Assad in October said he had "called on everyone in the private sector who has squandered state funds to return the money" in a bid to shore up state finances.

"Anti-graft campaigns in Syria are recurrent because they are ineffective. The aim is just to chop down the trees that have grown too tall," he said.

Makhlouf's business empire, which Yazigi estimated to be worth "billions of dollars", over the years grew to include stakes in telecommunications, electricity and real estate.

"There were many sectors in which no one could work without going via him," he added.

Balanche said he continued to prosper during the war, importing agricultural products and hydrocarbons.

"Through shell companies, he was one of the only ones able to skirt sanctions and bring boats of goods into Syria," he said.

Makhlouf kept a low profile throughout the war, giving a rare three-hour-long interview to the New York Times in May 2011, months into anti-government protests.

"Nobody can guarantee what will happen after, God forbid, anything happens to the regime," he said.

Protesters had singled him out with slogans such as "Out, out, out, Makhlouf get out" or "We want to talk openly, we've been robbed by Makhlouf's family."

In his surprise comeback on May 1, Makhlouf urged Assad to order a "rescheduling" of up to $185 million in tax payments from Syriatel.

In a second video on May 3, he accused security services of detaining employees to intimidate him into stepping away from his businesses.

"Would anyone ever have thought that the security agencies would come for Rami Makhlouf's companies, while he has been their biggest... sponsor throughout the war?" he asked.

The Britain-based Syrian Observatory for Human Rights war monitor said dozens of his employees had been detained.

An Arab diplomatic source in Beirut said the Syrian government had managed to extract money "from a number of businessmen".

"But it appears Makhlouf refused to pay what he was asked for amid reports that he even tried to get money out of the country," the source told AFP.

He said the main causes for his downfall appeared to be the growth of his empire, and the state's "urgent need for cash because of the economic crisis."

The Syrian pound has plummeted to record lows on the black market, and food prices have doubled over the past year.

Some reports have pointed to pressure from regime ally Russia, which could be seeking payments from Damascus for its military intervention to shore up Assad.

Other reports say the president's wife Asma could have played a role in the row involving Makhlouf.

Yazigi said she might be trying to secure her son's future, but said there was not enough evidence to show this.

The affair is reminiscent of an earlier family feud, when almost four decades ago Assad's father banished his brother after he mounted a failed coup against him.

"Bashar is getting rid of a cumbersome cousin just like his father got rid of Rifaat al-Assad in the 1980s," Balanche said.

In Makhlouf's case, "Assad will be happy enough just clipping his wings because he's still his cousin."

But "in this type of autocratic regime, it's good to remind people from time to time that no one is immune."