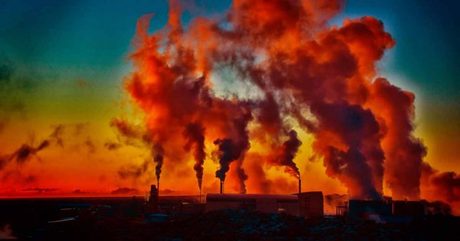 Canada has announced a plan to help its largest companies hit hard by the coronavirus pandemic -- but tied loans and financial aid to its climate goals.

Tens of millions of dollars will be available for companies with annual revenues of more than Can$300 million (US$215 million), to mitigate lockdowns caused by the outbreak, Finance Minister Bill Morneau said.

He told a news conference the cash would "make sure that companies that came into this crisis on a strong footing, get to the other side, and can rebound quickly."

"Companies that receive this funding will be required to commit to future climate disclosures, and environmental sustainability goals," Morneau added.

Canada relies on a patchwork of carbon taxes and cap-and-trade systems to help reach its Paris Agreement target of reducing CO2 emissions by 30 percent from 2005 levels by 2030.

Details of the corporate loans and grants program are to be released over the coming days.

Conditions will include strict limits on executive bonuses, share buybacks and dividends.

Companies convicted of tax evasion will also not be eligible for the Large Employer Emergency Financing Facility.

Prime Minister Justin Trudeau said the funding would be available to all sectors, except banking, but added at his daily briefing: "These are bridge loans, not bailouts."

When pressed for clarifications, he said companies engaged in "aggressive tax avoidance," although legal, would need to change their habits in order to qualify.

"Canadians expect companies that get support from public dollars to have been responsible around paying their fair share of taxes," said Trudeau.

The Canadian Chamber of Commerce welcomed the aid announcement saying it would help millions employed by large companies, as well as the "significant supply chains that they anchor across Canada."

Morneau cited airlines as an example of companies that might tap into the emergency funding.

The nation's flagship carrier Air Canada, after a profitable 2019, slashed 90 percent of flights and furloughed 20,000 employees as its first quarter losses topped Can$1 billion.

Canadian oil firms which have been struggling with COVID-19 restrictions but also with a price plunge could apply too, Morneau said.

Many oil and gas companies have already committed to net-zero emissions by 2050, Trudeau noted.

"But we also know that climate change represents a significant risk to companies' bottom line as well," he added, justifying the climate condition for aid.

Last month, Ottawa announced Can$1.7 billion to help the oil sector, struggling with low prices, survive the downturn by cleaning up environmental messes.

The funds are to go specifically to clean up "orphaned" wells, abandoned by defunct firms, that may be contaminating groundwater and leaking greenhouse gases.