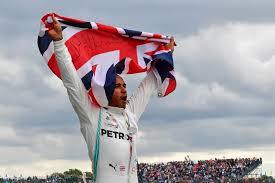 A British Grand Prix would be "impossible" this year if elite sport is not exempt from 14-day quarantine restrictions when entering the United Kingdom, Formula One said on Tuesday.

Silverstone is planning to host two races behind closed doors this summer, subject to government approval, to make up for some of the lost time in the 2020 F1 season with 10 races already either cancelled or postponed.

However, the UK government's coronavirus recovery strategy document set out an intention to introduce a 14-day quarantine rule for international arrivals.

"A 14-day quarantine would make it impossible to have a British Grand Prix this year," an F1 spokesperson told AFP.

"Additionally it has a major impact on literally tens of thousands of jobs linked to F1 and supply chains.

"We would be travelling back to the UK on F1-only occupied aircraft and all staff would be tested making a quarantine totally unnecessary.

"If all elite sport is to return to TV then exemptions must be provided."

Seven of the 10 teams on the Formula One grid have bases in England.

F1 organizers are hoping to start the season with the Austrian Grand Prix on July 5 behind closed doors, followed by a second race at the same venue a week later.

It was hoped Silverstone could then host two races in the final two weekends in July.

Should quarantine measures not be lifted for elite sport then they could also have a major impact on the participation of British sides in European football competition.