Some of Israel's Lebanon Veterans Still Searching for Help 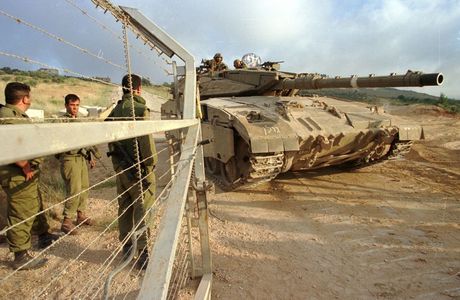 Two decades after the end of the war in Lebanon, Israeli veterans still deal with dark memories of the conflict, arguing that many comrades were denied the help they needed.

"When we were in Lebanon, we counted on each other. Today as well we need to support each other," said Avi Maier, 50, at a veterans' march in Tel Aviv, marking two decades since the Israeli withdrawal from southern Lebanon.

Israel does not officially consider as a "war" its 1982-2000 occupation of southern Lebanon where thousands of its troops battled the Iran-backed Hizbullah Palestinian forces and other guerrilla groups.

That means Israeli veterans were not systematically offered support for post-traumatic stress disorder (PTSD) and other scars left by the bloody 18-year-long conflict.

"They were sent to psychiatric hospitals, which is not appropriate," said Maier, a man with long, graying hair who spent 11 year in the army and carried out multiple missions in south Lebanon.

Maier is now seeking to set up a support center for former soldiers suffering from PTSD, together with Oshrit Shtark, whose brother Erez died at age 21 along with 72 others when two Israeli military helicopters collided en route to Lebanon.

"These are people who saw death close up, their friends dying, or got wounded -- for them life is not simple," Shtark told AFP, wearing a t-shirt bearing a picture of her late brother's face.

"We want to help them have a better life," added Maier, clutching the Israeli flag. "We are alive thanks to them, the people owe them."

The Israeli army first invaded Lebanon in March 1978, citing the need to stop attacks by the Palestine Liberation Organization (PLO), which it pushed back several dozen kilometers to the north before withdrawing in June.

Four years later the Israeli army again invaded, besieging the Lebanese capital Beirut, where the PLO was headquartered, before eventually retreating to a "security zone" in the south of the country.

More than 1,200 Israeli soldiers died during the 18 years of occupation, and thousands more were wounded.

On the Israeli side, "at a certain point there was a death nearly every four days," said director Eyal Shahar, 32, who was a child during the conflict but has been collecting testimony on the era via a Facebook discussion group with more than 35,000 members.

"They feel the need to share and are looking for an outlet," he explained. "It was very hard, physically and psychologically."

The mounting Israeli death toll and confusion about the purpose of the occupation, which some labelled "Israel's Vietnam", led then prime minister Ehud Barak to pledge to withdraw back to the border in 2000.

On the night of May 23-24, 2000, the final Israeli convoy crossed the frontier, sparking joyous celebrations in southern Lebanon.

The last commander to leave was Benny Gantz, who is now the defense minister and is scheduled to switch roles with Prime Minister Benjamin Netanyahu in 18 months under their unity government deal.

The 20th anniversary of the withdrawal comes against the backdrop of ongoing tensions between Israel and Hizbullah, whom Israel accuses of planning attacks from Lebanon and war-torn Syria.

Israel has carried out hundreds of airstrikes against Hizbullah and other pro-Iranian groups operating in Syria since that country descended into civil war in 2011.

Gantz, speaking at a cabinet meeting Sunday, recounted that "today marks 20 years since the IDF (Israeli army) left Lebanon. Many of us sitting here today served there.

"We are still keeping a close watch on the military fronts in Lebanon and Syria ... We will, naturally, follow developments closely, acting when needed, preparing ourselves as necessary," he added.

For many Israelis, the Lebanon war and retreat represent a mixed legacy.

Shahar, the director, said that "we left, and the Jewish people are still living, maybe leaving was a good decision.