Israeli Official Threatens ‘Conflict Not Over with Lebanon’ 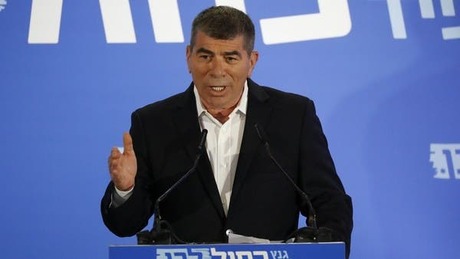 As Lebanon marks its Resistance and Liberation Day that saw Israel’s withdrawal from its territories in 2000, an Israeli official said his country’s “confrontation with Lebanon is not over.”

“I left some of my best leaders on Lebanese soil, but the confrontation is not over yet,” Foreign Minister Gabi Ashkenazi was quoted as telling Israel's Channel 12 news.

Ashkenazi was the commander of the Israeli army's northern front during Israel’s withdrawal on May 24, 2000.

“We did leave Lebanon, but Lebanon is not behind us,” he said.

On Sunday, Lebanon marked two decades since the Israeli withdrawal. It comes against the backdrop of ongoing tensions between Israel and Hizbullah, whom Israel accuses of planning attacks from Lebanon and war-torn Syria.

This is very mild compared to Nasrallah's words of "friendship".