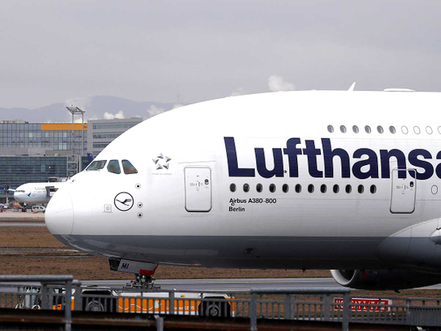 Coronavirus-stricken German airline group Lufthansa has agreed in principle a nine-billion-euro ($9.8 billion) rescue deal that would see the government come onboard as a shareholder, sources told AFP Monday.

With mangers and ministers in agreement, Lufthansa's supervisory board and the government's economic stabilisation fund (WSF) must now rubber-stamp the proposal, before shareholders and competition regulator the European Commission are asked for approval.

The airline, whose subsidiaries include Austrian and Brussels Airlines, Eurowings and Swiss, confirmed last week details of the rescue under discussion.

Berlin would take a 20-percent stake in Lufthansa, as well as a convertible bond worth five percent plus one share -- allowing it to claim a blocking minority shareholding to shut out hostile takeover attempts.

The package would also include a three-billion-euro state loan to the airline as well as two government-appointed seats on the supervisory board.

Conditions are also likely to include "the waiver of future dividend payments and restrictions on management remuneration", Lufthansa said Thursday.

While 90 percent of Lufthansa's fleet has been grounded because of the pandemic, costing the company around one million euros per hour, politicians in Chancellor Angela Merkel's coalition government spent weeks wrangling over the details of a possible rescue.

Conservatives wanted to minimise state involvement and control, while centre-left leaders hoped to fend off job cuts and hold the airline to environmental objectives.

Chief executive Carsten Spohr has warned that the company likely now has 100 planes too many, putting 10,000 jobs in danger.

Lufthansa at the weekend confirmed reports that it plans to double its active fleet to around 160 aircraft in the coming weeks and add popular German holiday destinations back onto its much-reduced flight plan.

But the majority of its roughly 760 planes will remain grounded as coronavirus restrictions are lifted only gradually.