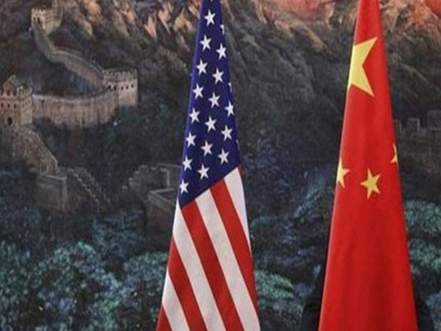 Beijing has warned the US that it will take "every necessary measure" to protect its interests after a top White House advisor warned that Washington might revoke Hong Kong's special trading privileges if China enacts a tough new security law.

China plans to impose legislation on the semi-autonomous city that bans treason, subversion and sedition, officials said in response to months of massive, often-violent pro-democracy protests in the financial hub last year.

US national security advisor Robert O'Brien warned Sunday that the new law could cost the city the preferential trading status it enjoys with the United States, the world's largest economy.

But China's foreign ministry said Monday the US has "no right to criticise and interfere."

"What laws, how, and when Hong Kong SAR (Special Administrative Region) should legislate are entirely within the scope of China's sovereignty," said foreign ministry spokesman Zhao Lijian.

"If the US insists on hurting China's interests, China will have to take every necessary measure to counter and oppose this," he added.

He said Beijing had already made "stern representations to the US."

Hong Kong residents enjoy rights -- including freedom of speech -- unseen on the mainland, and the city has its own legal system and trade status.

Many Hong Kongers fear the proposal could spell the end of the territory's treasured freedoms, and thousands protested on Sunday against the Chinese measure despite a ban on mass gatherings introduced to combat coronavirus.

O'Brien's remarks came amid soaring tensions between Washington and Beijing -- and only a day after China's foreign minister Wang Yi warned that the two countries seemed poised "at the brink of a new Cold War."

US Secretary of State Mike Pompeo said Friday the proposed law, which China's rubber-stamp legislature is expected to act on quickly, would be a "death knell for the high degree of autonomy Beijing promised for Hong Kong."