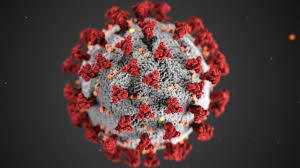 The European Union proposes a 750-billion-euro ($825-billion) post-virus recovery fund for Europe and urges skeptical member states to back it.

If passed, the proposal would be the biggest EU stimulus package in history and could see Europe-wide taxes on plastics, carbon emissions and big tech.

In virus hotspot Latin America, Brazil reports the highest daily death toll in the world for the fifth straight day.

The pandemic has killed 352,494 people worldwide since it surfaced in China late last year, according to an AFP tally at 1900 GMT on Wednesday, based on official sources.

- France says no to hydroxychloroquine -

The French government says doctors can no longer treat COVID-19 patients with hydroxychloroquine, a controversial and potentially harmful drug that the World Health Organization this week warned had been shown to be potentially dangerous in several studies.

British Prime Minister Boris Johnson sees his public support suffer the sharpest fall for a Conservative leader in a decade as he is grilled by lawmakers over his handling of the scandal involving top aide Dominic Cummings and his cross-country trip during lockdown.

Struggling automakers Renault, Nissan and Mitsubishi unveil a plan to deepen their rocky alliance that would see them develop nearly half of cars jointly by 2025 to cut costs and boost profitability.

Air France-KLM will slash 40 percent of its French domestic flights by next year in exchange for receiving seven billion euros ($7.7 billion) in emergency funding backed by the French state, the company's chief executive says.