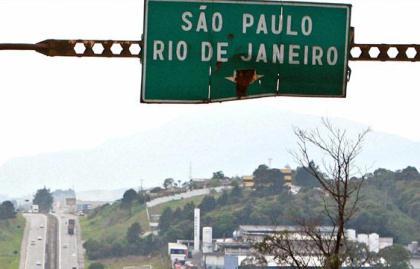 Unemployment rose to 12.6 percent, an increase of 1.4 percent on the previous quarter, according to Brazil's statistics institute IBGE.

"An indicator that reflects the effects of the COVID-19 pandemic on the labor market -- the working population -- recorded a record drop of 5.2 percent in relation to the quarter ended in January, representing the loss of 4.9 million jobs," the IBGE said in a statement.

The worst hit sector was trade, which suffered a loss of 1.2 million jobs. The construction sector shed 885,000 jobs during the shutdown and domestic services were also badly hit, with 727,000 people losing their jobs.

"These are people who for example are no longer looking for work because they do not have sufficient qualifications, because they are considered too young or too old or because there is no work for them in the locality," according to IBGE analyst Adriana Beringuy.

"This category has increased a lot."

Tens of millions of Brazilians have been confined since late March as part of measures to stem the spread of the coronavirus.

International health experts expressed concern this week that the outbreak is still accelerating in Brazil. The country now has more than 411,000 confirmed cases, second only to the United States.

Brazil's official death toll from the coronavirus surpassed 25,000 on Wednesday as the country of 210 million emerged as the new epicenter in the global pandemic.

The economic outlook is bleak. The government of President Jair Bolsonaro anticipates a 4.7 percent drop in GDP this year, which would represent the worst recession in modern times.