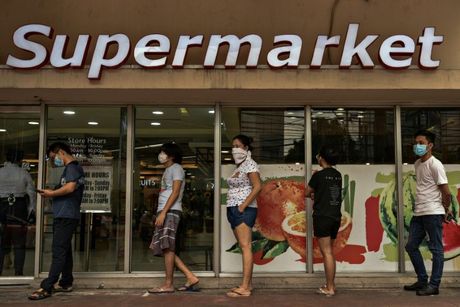 Manila has endured one of the world's longest lockdowns, which has hit the livelihoods of millions of workers but not halted a steady stream of new infections.

Most businesses will be allowed to re-open from Monday and public transit is to return in a limited form, although children and the elderly will have to stay home unless they are out getting essentials or headed to work.

"Remember that the entire nation is under quarantine," Duterte said in a late-night speech. "Let us move to the so-called 'new normal'."

The capital's shopping malls -- de-facto centers of community life and drivers of consumer spending -- have been open at a limited capacity for about two weeks.

Health officials said that was primarily due to delays in submissions from testing labs and a manual process for validating results.

The Philippines has detected 15,588 cases with 921 deaths, but the number of infected is believed to be higher due to limited testing.

Manila, home to some 12 million people, is the center of the nation's outbreak and efforts to battle the contagion.

The capital has been under lockdown since mid-March, roughly the same time when hard-hit France and Spain issued their stay at home orders.

While those countries have steadily loosened their restrictions in recent weeks, Manila only started allowing outdoor exercise two weeks ago.

Trips to the grocery store have been allowed, but only workers deemed essential were allowed out while everyone else was expected to work from their homes.

Under the eased restrictions, most people will be allowed to go to their places of work, but working from home is still strongly encouraged.

The easing of the capital's restrictions came shortly after the nation's economy shrank 0.2 percent in January-March this year -- the first contraction in over two decades.

Economic pain will likely only increase as hundreds of thousands of Filipino migrant workers are expected to be put out of work by the global economic halt prompted by the pandemic.