Hasan Says Too Early to Claim Victory over Coronavirus 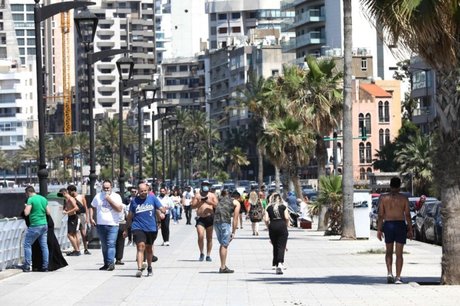 The worst of the coronavirus pandemic has passed but declaring victory against the disease would be premature, Lebanon's health minister said Monday, as the country gradually opened up.

"I think the worst-case scenario has passed and is behind us, but at the same time we need to stay alert and we are taking measures in all regions," Hamad Hasan told French news agency AFP.

The country of six million has recorded a remarkably low number of cases and the official death toll is around 10 times lower than some countries with roughly the same population such as Israel, Norway or the United Arab Emirates.

According to figures provided by the health ministry, Lebanon has recorded 1,233 COVID-19 cases since the start of the pandemic and only 27 deaths.

After weeks of lockdown, the government announced on Sunday that restrictions would be eased this week, including a curfew which is pushed back from 7:00 pm to midnight.

"It's still early to announce a victory but we have scored points against the virus and we won't relinquish our lead," Hasan said speaking from his home in the city of Baalbek.

The minister, who is backed by Hizbullah, and the rest of the government have been widely praised for their handling of the crisis despite the general distrust toward the authorities.

The number of deaths has grown very slowly in recent weeks and, while the lockdown was maintained throughout the holy Muslim fasting of Ramadan, Hasan said Lebanon might even afford to send some of its staff to help other countries.

"I am thinking of organizing some medical trips to help some countries if necessary," he said.

The lockdown has compounded Lebanon's already dire economic situation and the coming days of opening up will begin to reveal the extent of the damage caused to businesses across the country.

The government of Lebanon, which defaulted on its debt earlier this year, is currently negotiating the terms of possible financial assistance with the International Monetary Fund.

The public health sector itself was in deep crisis even before the pandemic broke out but early confinement measures have so far successfully contained the spread of the virus.

Most of the recent cases were detected among repatriated individuals from Lebanon's vast diaspora.