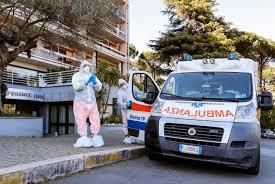 Italy posted a series of encouraging figures in the fight against the COVID-19 pandemic on Monday, including the smallest daily number of new cases since February 26, the Civil Protection Agency said in a statement.

The number of deaths in the past 24 hours was also low compared to the recent average with 60 victims recorded throughout Italy for a total of 33,475 deaths, while the number of people in intensive care, 424, continues to fall.

Lombardy in the north remains the most affected region, with 16,131 deaths and 89,018 cases, but it recorded only 50 new cases on Monday from a population of around 10 million.

Monday's figures make encouraging reading as they come two days before the planned reopening on Wednesday of internal boundaries as well as borders with European Union countries and the Schengen area.

Italy has been easing its lockdown gradually since the beginning of May, eager to get the economy back up off its knees.