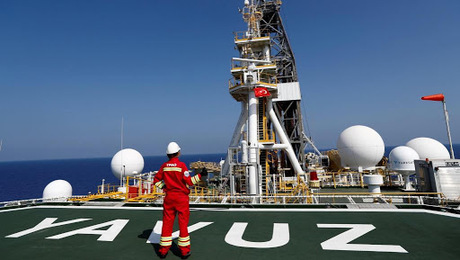 Greeve on Monday attacked Turkey's plan to carry out oil drilling in the eastern Mediterranean, describing it as "a new provocation."

It is the latest in a series of rows that has caused tensions to rise between the two neighboring countries in recent months.

Turkey announced on Friday that it plans to start drilling for hydrocarbons in the eastern Mediterranean in three or four months.

The move comes after Ankara signed a controversial agreement last year with Libya's U.N.-recognized government in Tripoli, which claimed extensive areas of the sea for Turkey.

The agreement has raised hackles in neighboring countries, including Greece which has said the deal fails to take into account the island of Crete.

EU member Cyprus has also expressed anger that Turkey has sent ships in search of oil and gas off the divided island.

The EU has repeatedly called on Turkey to end its energy exploration off the coast of Cyprus, arguing that the drilling is illegal because it infringes the island's exclusive economic zone.

Greek Foreign Minister Nikos Dendias said in a statement on Monday that the Turkish request to carry out "petroleum explorations in the region of the Greek continental shelf is part of a series of actions to by the neighboring country which is gradually trying "to usurp the sovereign rights of Greece."

"Turkey's illegal actions... cannot match Greek sovereignty based on international law and maritime law," said Dendias, adding that Greece "is prepared to face this new provocation, if Turkey finally puts it into effect."

According to Greek news agency Ana, the Athens government summoned the Turkish ambassador to the foreign ministry on Monday evening.

Greek-Turkish relations have recently experienced renewed tension, with Ankara seeking EU support for its military action in Syria and on  the migration issue.

In March Turkey encouraged tens of thousands of asylum-seekers to travel to the border with Greece and try to cross into the European Union.

Last week, Athens sent 400 police "as a precaution" to its land border with Turkey  in order to prevent a possible new  influx of migrants.