Lebanese Plunges to Death in Belarus 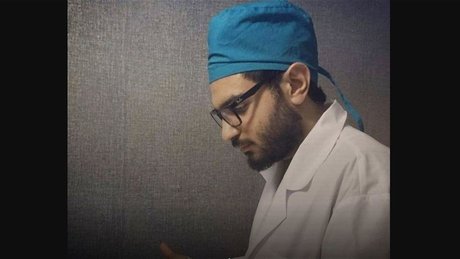 A Lebanese man died in Belarus after falling from the balcony of his residence, the National News Agency reported on Tuesday.

Abdullah Khodr Lzeiq , 23, from the southern town of Dweir, was scheduled to return to Lebanon next Saturday after completing his university studies in general medicine, NNA said.

The agency said that the body of the deceased will be flown into Lebanon later for burial.

It was reported that he had an accident and fell over from the balcony of his residence. He was taken to one of the city's hospitals but succumbed to his wounds shortly after, according to MTV station.

That’s odd. With such a family name he should have remained glued to the balcony without falling.

People are mysteriously falling from roofs and balconies in Russia. Belarus is actually a little worse than its humongous neighbor, he probably owed money to the mob unless it was a suicide... lot of students aren’t getting money from their parents in Lebanon.

Drunk on vodka after passing his exams? RIP