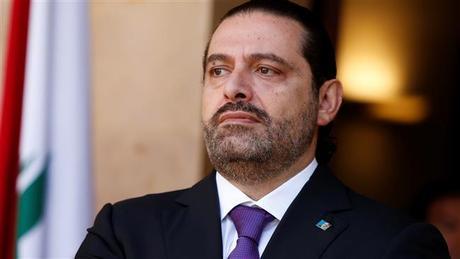 “Al-Akhbar daily in its Tuesday edition published an article claiming that figures and advisors close to Hariri have sent messages to the International Monetary Fund inciting it not to help Lebanon,” Hariri’s media office said in a statement.

“The Press office confirms that this article is the brainchild of alAkhbar newspaper that considers resorting to the (help) IMF a conspiracy against the economy of Lebanon, while daily inciting to sabotage the ongoing dialogue with it through various lies and allegations,” added the statement.

Clearly the IMF shouldn't help the country, it's a no brainer. As long as the corrupt ruling class remains in power, no assistance should be provided. Let the revolution deal with the people responsible for the collapse of the country.

Al-Akhbar also sabotaged my relationship with Saad.... Now I am alone and no money is coming in(:!

If you want m blablablablabla is always willing to share his deposits with you, but I fear they’re worthless... and dangerous.
I hope Lara won’t read this....