Yemen Donor Summit Raises about Half of Required $2.4 Billion 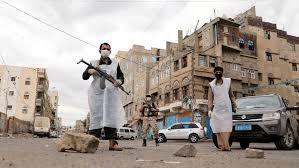 The U.N. on Tuesday raised only around half the required $2.41 billion in humanitarian aid for Yemen, ravaged by war and coronavirus, at a donor conference hosted by Saudi Arabia in the sixth year of its military intervention.

Some $1.35 billion were raised at the emergency virtual conference, which came as aid groups warned the virus could wreak havoc in Yemen after years of conflict and amid crippling funding shortages.

"We are in a race against time," United Nations Secretary General Guterres said in his opening speech.

"Aid agencies estimate they will need up to $2.41 billion to cover essential aid from June until December, including programs to counter COVID-19."

Without the required funding, more than 30 out of 41 major U.N. programs in Yemen could close in the next few weeks, Guterres warned, calling for "urgent action".

But the pledging event fell short of its objective, raising just $1.35 billion from 30 donor countries.

Yemen is already gripped by what the UN calls the world's worst humanitarian crisis, with tens of thousands killed, an estimated four million people displaced by war and tens of thousands afflicted by malnutrition and disease.

Saudi Arabia, a key player in the conflict, emerged as the biggest donor at the event, pledging an aid package worth $500 million.

Britain, a leading arms supplier to Saudi Arabia, stepped in with a new aid package for Yemen worth £160 million ($200 million).

The United States, another weapons provider to the kingdom, said it would offer $225 million, while Germany announced 125 million euros ($139.8 million) in assistance to Yemen.

Guterres said in the de facto capital Aden, reports indicated the mortality rates from COVID-19 were "among the highest in the world".

As the coronavirus spreads, some 5.5 million people risk losing access to food and clean water in Yemen this year, said a survey by 24 international aid groups, including Save the Children.

"The largest humanitarian crisis in the world is now compounded by an unprecedented pandemic," a statement said.

Saudi Arabia, which leads a military intervention against Iran-backed Huthi rebels, has contributed billions of dollars in aid to Yemen in recent years.

But the Saudi-led coalition is also widely blamed for civilian casualties in bombing raids that campaigners say have pushed the country deeper into crisis.

A rebel spokesman dismissed the Saudi-led conference as a "silly attempt to (gloss over) their crimes", according to the Huthi-run Al-Masirah television.

"The Saudi-led coalition, along with Huthi forces that have brutalized civilians and obstructed aid, should immediately... put an end to the humanitarian crisis in Yemen for which they're all responsible."

The U.N.'s Jens Laerke has warned that aid agencies are heading towards a "fiscal cliff" due to a lack of funding that threatens key U.N. programs.

"Those who have given an indication of pledges (are urged) to actually pay early because the operation in Yemen is severely, severely underfunded," said Laerke, a spokesman with the UN's humanitarian agency OCHA.

Top officials from other U.N. agencies in Yemen have also appealed for urgent international support.

"We are increasingly alarmed about the situation in Yemen," officials from UNICEF, the World Food Program and the World Health Organization said in a joint statement. "We are running out of time."

International medical charity Doctors Without Borders (MSF) has warned that Yemen faces a "catastrophe" from the pandemic.

The UN says COVID-19 has likely already spread throughout most of Yemen, while the Yemeni government has officially recorded only a few hundred cases.

"COVID-19 has created new needs there, but (it) is just the latest challenge in an already deteriorating situation," said Abdullah al-Rabeeah, supervisor general of Saudi Arabia's King Salman Humanitarian Aid and Relief Center.

"Yemen needs a lot of help, not least because of its weak health system."

The conflict between Yemeni government forces and the Huthis escalated in March 2015 when the Saudi-led coalition intervened against the rebels after they overran much of the country.

Further muddying the waters are tensions between two anti-Huthi allies -- the Yemeni government and southern separatists, which declared self-rule in southern Yemen on April 26.