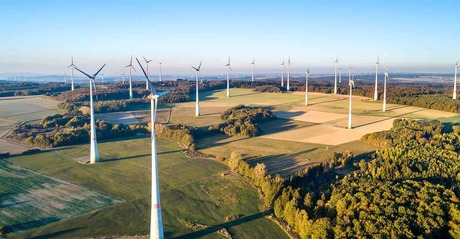 "For reasons related to our competitiveness but above all to reach our ambitious climate goals", ministers agreed Wednesday to pump nine billion euros ($10.2 billion) of government cash into the technology, Economy Minister Peter Altmaier told reporters in Berlin.

Seven billion euros will go on supporting hydrogen's entry into the market in Germany, while a further two billion euros are earmarked for "international partnerships," Altmaier added.

Green hydrogen is seen by Berlin as a key link in the chain between renewable energy generation and end users, allowing easy storage and transport of power generated from the sun or wind.

So-called "green" hydrogen is produced by electrolysis -- using electricity to split water into hydrogen and oxygen -- rather than being obtained from fossil sources, as the gas historically has been.

Possible applications for the new fuel include production of climate-neutral steel, where producers are experimenting with it as a replacement for carbon-intensive coal furnaces.

"All steel industry bosses recognize that in the long term, we only have a chance of producing climate-neutral steel in Germany... with green hydrogen," Altmaier said.

Elsewhere, it could be used to store energy for the winter, or to power road vehicles as an alternative to battery-electric drive, he added.

By 2030, Germany aims to have five gigawatts of hydrogen-producing capacity nationwide, rising to 10 gigawatts by 2040 at the latest.

Ministers also hope to export the technology and know-how to produce green hydrogen to other countries.