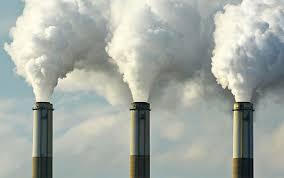 Friends of the Earth accused France on Monday of planting a "ticking climate bomb" in Mozambique, where French oil giant Total is developing a mega-project to exploit natural gas.

"For several years now, the entire arsenal of French economic diplomacy has been working to defend French interests in Mozambique," the NGO said, notably "a myriad of French companies in the fossil fuel industry and adjacent sectors."

The report, titled "A windfall for the industry, a curse for the country: France thrusts Mozambique into the gas trap", said $60 billion will be invested in vast underwater reserves that were discovered off the country's northern coast in the early 2010s.

Estimated at 5,000 billion cubic metres, the discovery could transform one of the poorest countries on the planet into a leading exporter of liquefied natural gas (LNG).

However, FOE charged, "French machinations are forcing yet another African country into dependency on fossil fuels... in the name of the economic interests of French energy industrials and bankers."

The report noted that three gas projects currently under development "could release as much as the equivalent of seven times France’s annual greenhouse gas emissions, and 49 times Mozambique’s current national annual emissions."

It added: "This is a ticking climate bomb ready to explode and will contribute to pushing the world even further towards the irreversible climate crisis."

Total, ExxonMobil of the United States and Italy's ENI hope to start exploiting the reserves by 2022-23, with Total planning to invest $25 billion in the venture.

The gas reserves are located in the northern province of Cabo Delgado, the center for the last two and a half years of an Islamist insurgency which has left at least 1,100 dead, according to a count by the NGO Armed Conflict Location & Event Data Project.

The London-based organisation accuses France of "helping ignite tensions in Cabo Delgado province by supporting multinational gas companies and the militarization of the zone."

Friends of the Earth said "French companies including private banks and energy companies like Total must immediately put an end to their involvement in gas projects in Mozambique."

It also singled out the French banks Credit Agricole and Societe Generale as "the major players, acting as financial advisors to the gas operators" in the former Portuguese colony on Africa's southeastern coast.