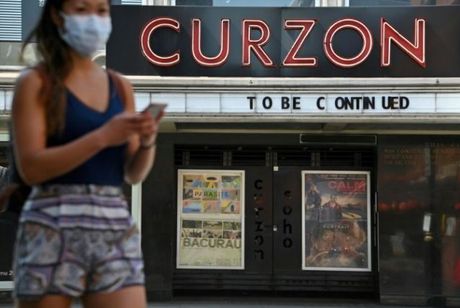 Equities were mixed Wednesday in Asia after a healthy run-up the day before as traders weigh positive data suggesting economies are recovering against signs of a second wave of infections and the reintroduction of some lockdowns.

While governments and central banks have provided a wall of cash to support markets, investors are walking a tightrope between hopes the easing of restrictions will lead to a rebound and the possibility that looser measures will inflame the pandemic again.

After a rally across most regional bourses Tuesday, Wall Street and Europe followed suit after figures pointed to a big improvement in eurozone private-sector activity in June as well as a jump in US new home sales.

Meanwhile, several countries continued to loosen up, including in Britain where pubs, restaurants, hotels and cinemas were told they could open again from July 4.

"Through the lens of survey data, at least for now, the world's essential economies are seeing a V-shaped and coordinated rebound that looks set to (continue) through the summer in the northern hemisphere," said Stephen Innes at AxiCorp. "Fingers crossed a second wave super spread does not land in our lap."

However, there are growing concerns of a relapse in some countries that had been opening up, with Tokyo governor Yuriko Koike on Wednesday warning a number of new cases had been found at one workplace.

That comes after Germany reimposed containment measures in two western districts -- home to almost 640,000 people -- after an outbreak at a slaughterhouse infected more than 1,500 workers.

Portugal has also announced new restrictions in and around Lisbon.

Fauci warned the next two weeks would be "critical to our ability to address... surgings" in Florida, Texas and other states.

Tokyo and Singapore each lost 0.1 percent, Hong Kong dipped 0.5 percent and there were also losses in Manila.

Seoul climbed 1.5 percent with help coming from a report that North Korean leader Kim Jong Un has suspended plans for military action against the South in an apparent easing of tensions just over a week after Pyongyang blew up a liaison office.

London, Frankfurt and Paris were all in the red in early trade.

While equities have been on a generally upward trajectory, gold -- a key safe haven in times of uncertainty -- has also been on the up as the relatively weak dollar makes it cheaper to buy, while investors are also keeping an eye on a fall-back in case the crisis erupts again.

The yellow metal is up around 17 percent since the end of December and sitting at a seven-and-a-half-year high of $1,775.

"Historically the metal has rallied when stocks have sold off as funds typically flowed towards assets that are deemed to be lower risk," said CMC Markets analyst David Madden.

"The rise of the US dollar as a risk-off play has distorted the old relationship between gold and attitudes towards risk. Recently we have seen gold and stocks move higher in tandem."