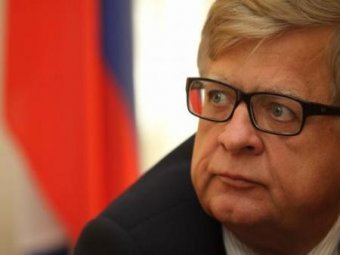 “The statement made by (US ambassador to Lebanon Dorothy) Shea does not differ from what other American officials declare in the context of pressure on Lebanon and Hizbullah,” the daily quoted Zaspykin as saying.

He pointed out that Washington holds Hizbullah responsible for corruption in Lebanon and for the economic stalemate, the crisis of the banking system and the status of customs and border crossings.

“We all know how the financial and economic situation in Lebanon is greatly affected by the US sanctions and restrictions on money transfers, mainly that Washington controls the dollar and controls the management of financial affairs globally,” he added.

He criticized the US saying it wants to “use public anger and resentment in Lebanon against the prevailing conditions and in favor of its political agenda,” noting that Washington is trying to push Lebanon towards implementing reforms “to measure its own standards.”

“The US policy towards Lebanon implies an explicit call for strife and a clear incitement against the Resistance. Moscow strongly rejects the accusations leveled against the party that will not surrender no matter how severe the sanctions and campaigns intensify,” he added.

A judge in the southern city of Tyre issued a ruling over the weekend banning local and foreign media working in the country from airing or publishing locally comments by the U.S. ambassador for a year.

Judge Mohammed Mazeh said he acted after receiving a complaint from a citizen who considered Shea's comments "insulting to the Lebanese people."

Lebanon should replace its reliance on the $ with the Russian ruble. One benefit is that you get many more rubles than $ for each pound. Also, Russia will not limit the rubles available to Lebanon.

It's spelled rubble and thanks to al3ahd al kawi the Lebanese pound and the Lebanese economy is already in rubble.

Alexander Zasypkin can laud a well known and internationally recognized terrorist organization in the media. But Dorothy Shea can’t do the opposite.

LoL so much hypocrisy, this interview isn’t even newsworthy.

If you're so hot on suicide, go ahead and do it. It might--the actual attempt, that is--make you realize you want to face the future after all. I should say, face the present.