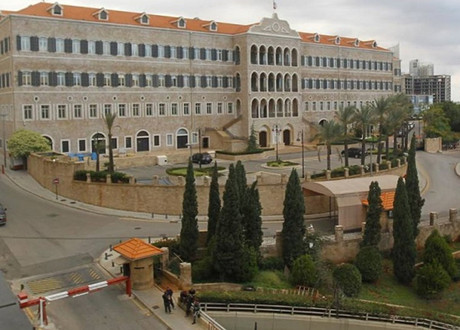 Prime Minister Hassan Diab chaired the Cabinet meeting at the Grand Serail on Thursday in the presence of Central Bank governor Riad Salameh and Head of the Association of Banks in Lebanon Salim Sfeir, the National News agency reported.

Before joining the Cabinet meeting, Finance Minister Ghazi Wazni said it is “unlikely for the Cabinet to decide today on the recent resignation of Alain Bifani.”

Bifani, a senior member of Lebanon's finance ministry who is part of a government team negotiating with the International Monetary Fund, is the second member of said team to quit this month over the handling of the crisis by Lebanese officials.

Earlier this month Henri Chaoul, an advisor to the finance ministry in talks with the IMF, also stepped down.

On Lebanon’s fuel crisis threatening to plunge the country into darkness, Energy Minister Raymond Ghajar said: “Power rationing is caused by lack of fuel, and the reason behind that is judicial after the seizure of two fuel oil vessels,” by bondholders.